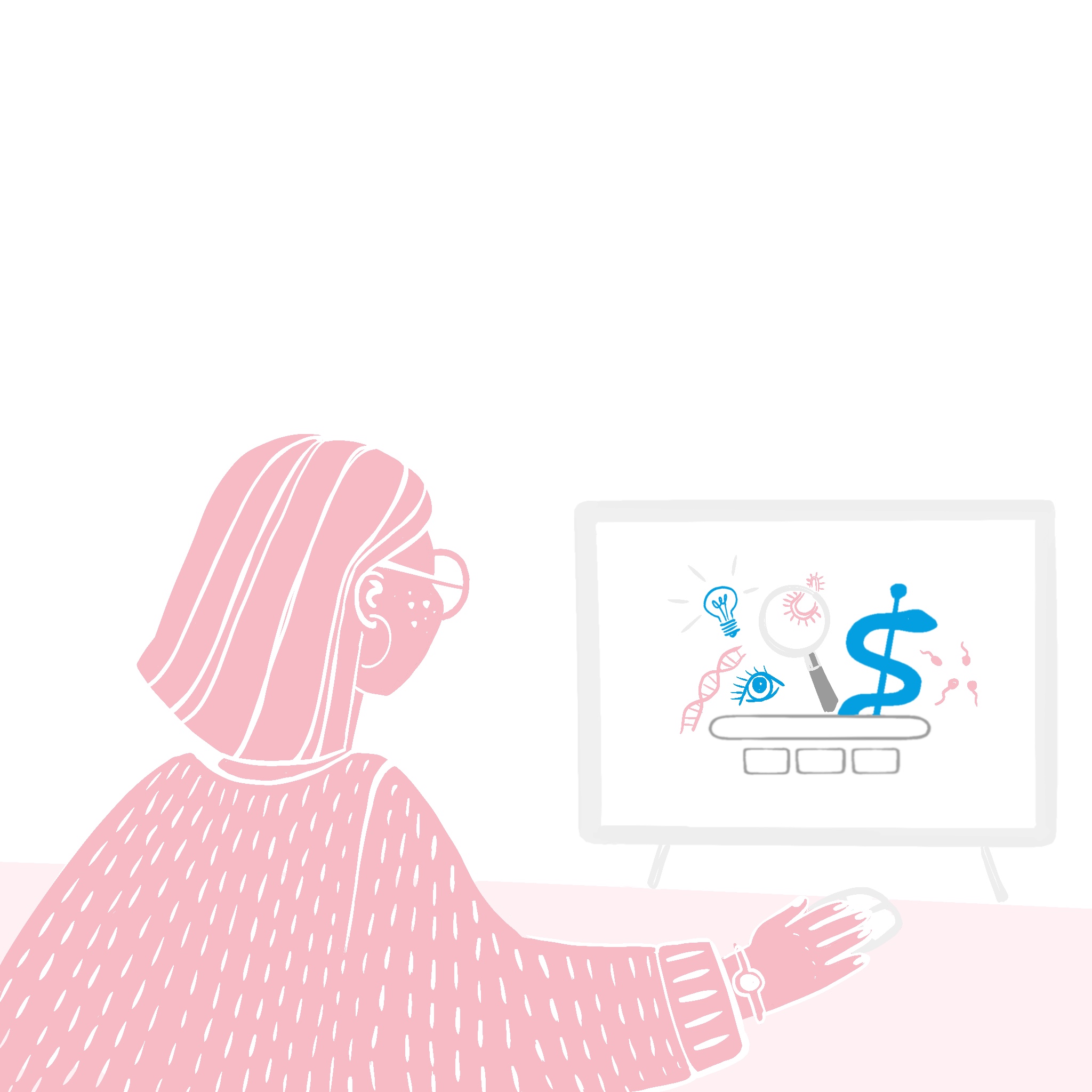 Over the course of the last years, the internet has become an indispensable source of information – especially for the younger generation. Websites, platforms on Social Media and Influencers offer innovative and individual approaches to introduce new topics and provide knowledge that often exceeds matters of everyday life. This also applies to the fields of health and sexual education.

As communication about sex and health is integral to our purpose, it is amongst our highest priorities to stay in touch with the interests and needs of the people who rely on this information. It is highly important to ohhh! to know which channels young people use to inform themselves – and how satisfied they are with the content provided. To gain more insights, ohhh! implemented a study in collaboration with the market research tool Appinio, in which 1006 persons amongst the age of 16-36 years were interviewed. The outcome was greatly encouraging for us as an organisation with a high online-presence: The survey indicated that, regarding education about sex, sexual health and health in general, Websites and platforms on Social Media enjoy a high level of trust and are often preferred to traditional channels, such as school or communication with families and peers.

The "Healthfluencer Report" shows that young people prefer to access information about sensitive topics on the internet. With 51 percent, more than half of the respondents consider websites and forums to be a good to very good source of information about sex and sexually transmitted diseases. The group of 16-24 year-olds even prefers this type of education over school lessons, a result, that is particularly clear amongst the 16-17 year-olds: 44 percent consider social media to be a good to very good source, websites and forums are rated positively by 41 percent. For school, on the other hand, only 37 percent share this assessment. The study underlines the fact that 47 per cent of all respondents feel uncomfortable asking questions about sex and sexual health in class, while only 34 per cent feel the same way online.

When it comes to answering questions about sex, websites and forums lead with an average of 52 percent, followed by friends or acquaintances with 47 percent. 26 percent of respondents cited pornography & erotica as a good to very good source. Lena Faecks, Customer Lead of the ohhh! foundation classifies this result: "It is surprising that among the respondents pornography and erotica are especially popular among the older respondents as a source of information, because at this age many have already had 'realistic' experiences with sexuality. In the group of 16-24 year olds, pornography plays a much smaller role - we had rather expected the opposite result."

A similar popularity of online offers emerges for health education. Here, too, websites are the most popular among all respondents and are considered to be good or very good sources by 57 percent of the participants. They are followed by family or acquaintances with the respective disease (50 percent), the social platform YouTube (48 percent) and books or magazines (47 percent). The platforms TikTok, Instagram and YouTube are each rated as good to very good by around 40 percent, although this value increases among older users.

"The figures show that not only teenagers, but also adults use social media to get information on health topics. The high level of approval, especially in the over-25 group, shows that parents will be more open to digital information services in the future, as they use them themselves. However, this also shows how important it is to be sensitive to misinformation, especially on the internet, and to choose trustworthy offers. Our educational work, for example, is funded by the Federal Ministry of Health and our content is always checked by our team before publication. In this way, we also want to reduce mistrust of digital information offers in the long term," says Marlon Jost, from the ohhh! foundation.

As in many other fields on social networks, there are influencers in the health sector as well, so-called "Healthfluencers", who often report very specifically and personally on certain topics and thereby address a large audience. One example for this are the YouTubers "Gewitter im Kopf", Jan Zimmermann and Tim Lehmann, who use Jan's Tourette's tics, which they call "Gisela", to provide information about Tourette's syndrome. How much influence they have can be seen when looking at the sources people use to inform themselves about Tourette’s: On average, "Gewitter im Kopf" is the most popular channel to get information about the disease. This is particularly clear amongst the 16-24 year olds, over half of whom inform themselves via the YouTubers. In comparison, "traditional" sources, are used far less in the same age group. For example, less than five percent of respondents aged 16-24 get their information through Tourette’s associations, and magazines (under six percent) and TV reports (under 15 percent) also lag far behind. "Gewitter im Kopf" not only has a wide reach, but also a great effect on viewers: 91 percent of the respondents say that they understand Tourette's Syndrome better through the channel and are thus better able to deal with people living with Tourette's. 87 percent think the YouTubers improve the social acceptance of the syndrome and 86 percent think that prejudices have been reduced.

The results clearly show that education is increasingly taking place via online offers and social platforms. Lena summarises: "The results suggest that young people are not satisfied with just consuming information but want to be part of the discussion themselves! The fact that especially for 16-17 year olds social media is more attractive than school shows that the imparting of education has to be fundamentally rethought. In this context, digital offerings offer huge potential and not only compete with supposedly light and entertaining content, but above all can benefit from it. The great success of Healthfluencers and the interest in digital education encourage us to believe that we can now educate so many young people via social media, which was not possible in the past. The fact that influencers are becoming more and more successful not only in advertising and marketing, but also in education, opens up many possibilities for education and prevention work online"