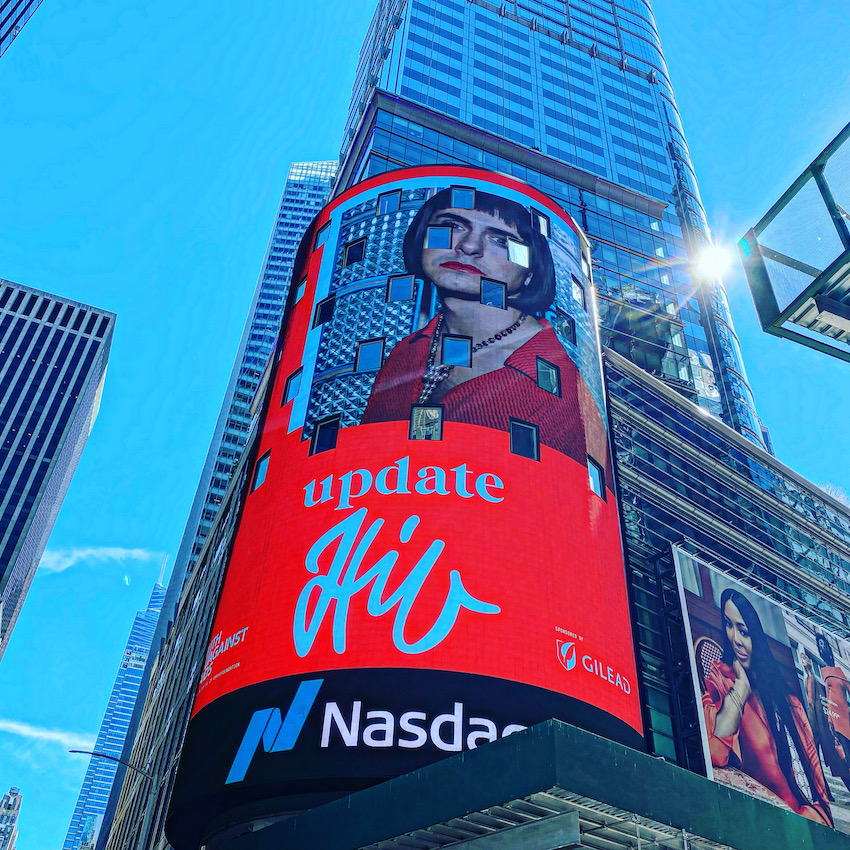 During the United Nations General Assembly week in New York, we took the opportunity to push for the ending of HIV to be back on top of decisionmakers minds. With our presence at events and meetings during the meeting of heads of states and other stakeholders, we launched our updateHIV.com campaign at Times Square New York to send an unmissable signal to the gathered leaders: it is the time to act up and finally end the HIV epidemic.

We were especially honored to be able to exchange on high level at the Bill and Melinda Gates Foundations Gaol Keepers Event. As Daniel Nagel (CEO @ohhh!) put it: "Sometimes you think we are fighting windmills: The achievement of the social development goals? The end of #AIDS by 2030? Illusions. Winnie Byanyima, the head of UNAIDS, told me just recently: we are in danger. There is a lot at risk. And then there are days like today: Together with many very different people, I spent a great evening in New York. We celebrated incredibly courageous women and met personalities who can undoubtedly be called role models. I learned a lot, exchanged a lot and, above all, gained hope. I was impressively shown why it is important not to give up and to rememberyou are doing this work in difficult times.