IT'S NOT MEDICINE HOLDING US BACK - HANS MÜHLBERGER IN INTERVIEW 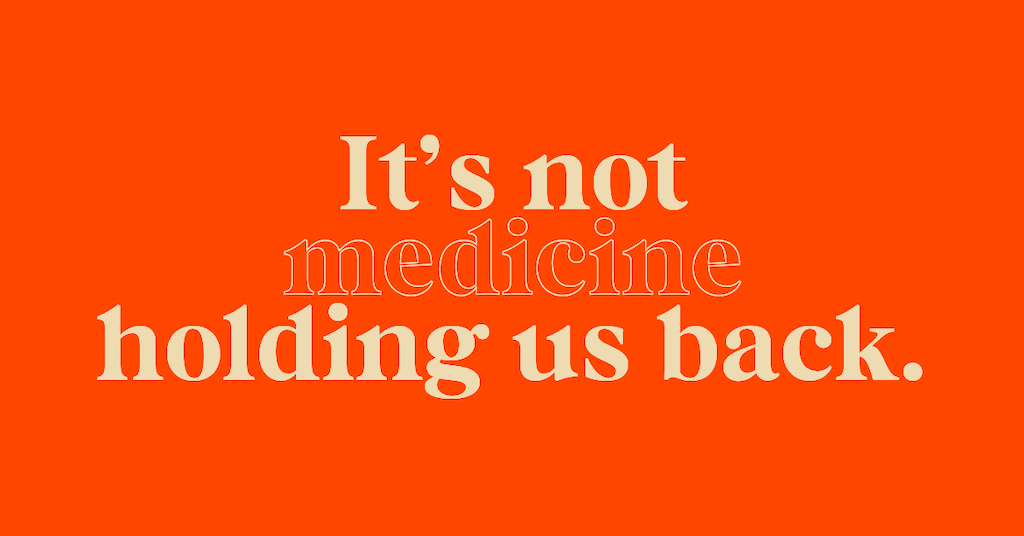 Many years ago, when the first patients showed symptoms of the human immunodeficiency virus - HIV - we knew almost nothing about it. With the ignorance grew the fear, which continues to this day and makes people with HIV still live with discrimination and stigmatization.

Today, however, an infection with HIV is preventable, the virus is treatable and, with the right medication, no longer transmittable. Today, there are medications that can effectively treat a person living with HIV. If a person has an undetectable viral load as a result of drug treatment, they can no longer sexually transmit HIV.

Thus, we have the necessary medical tools to end the HIV epidemic. Why, nevertheless, are we off track from ending the HIV epidemic by 2030 and had 1.5 million new infections worldwide in 2021?

Because HIV today is an epidemic of the mind. Decades of fear, discrimination, and stigma are preventing us from ending the epidemic. To overcome these social and cultural barriers to ending the HIV epidemic, we must change our approach. We must end the stigma around HIV. Forever.

In the course of World AIDS Day, we spoke with Hans Mühlberger, Franchise Lead Virology - Director Sales & Marketing at MSD, about ongoing HIV infections, the need for education, U=U, and our open letter to the Director General of WHO.

ohhh! foundation: today we have all the tools it takes to prevent new HIV infections, yet more than 4,000 people worldwide are infected with the virus every day. Why?

Hans Mühlberger: First of all, I think the number is simply sad: 4,000 people infected with HIV every day. Although we have seen a decline in new infections worldwide over the years, the numbers are still far too high. In addition, the proportion of women and girls affected by new infections is unfortunately rising sharply and is now over 50% globally.

And this despite the fact that many tools are actually available worldwide to prevent new infections - namely the knowledge of prevention as a basis, worldwide and local education campaigns, testing options, drugs for pre-exposure prophylaxis, HIV therapy as a prevention tool (U=U) and incredibly committed people and organizations in all parts of the world who have been fighting against the HIV epidemic for years - you with ohhh! are the best example of this.

Why then nevertheless these infection numbers? Unfortunately, we still see big differences between the industrialized nations, where the new infection rates are relatively low, and regions such as the African countries south of the Sahara. One reason is certainly the not always easy access to prevention and treatment options there. And unfortunately, it is often not so much the "technical" barriers that make access so difficult for many people - but rather ignorance, discrimination, and the resulting fears. Which brings us to the topic of stigmatization.

ohhh! foundation: Ignorance prepares the ground for stigmatization. How much education does Germany need on HIV?

Hans Mühlberger: Unfortunately, there is still a lot of it. Ignorance and the associated insecurity and, unfortunately, many prejudices about HIV still pervade all social groups after 40 years. The epidemic hardly plays a role in social discourse, the media agenda and reporting are dominated by other topics. Uncertainty and fears are more evident when people are confronted with the topic of HIV - whether in the family, among friends, at work or at the sports club. Incidentally, this is no different in the so-called community.

Yet so much has changed in recent years! Today we have such effective and tolerable drugs at hand that HIV has largely lost its horror from a medical point of view. HIV has become a chronic disease, which enables almost all patients to lead a "normal" life. Therefore, what Prof. Georg Behrens of the Hannover Medical School recently said at the North German Infectious Diseases Symposium is true: "We are not losing the battle against HIV in the laboratory. We are losing the fight against HIV in people's minds."

Continuous education with an eye on all social groups is essential for this.

Incidentally, ignorance, insecurity and prejudice not only shape the way HIV is dealt with, but also many topics relating to people's sexual health overall. With our podcast "Lust auf Stellungswechsel?" we at MSD would like to make a very concrete (discussion)-contribution to the topics of diversity, acceptance and an open society. It's worth to listen.

ohhh! foundation: People living with HIV who are successfully treated with medication can no longer transmit the virus even during unprotected sexual intercourse (U=U). This is an incredible achievement. Why do so few know this and why is it not part of the curriculum in schools?

Hans Mühlberger: You are addressing an incredibly important point. The stigmatization or discrimination of people with HIV revolves around the issue of U=U in the context of work, social life, sexuality, and partnership. Therefore, we need more and more intensive education and awareness for the topic - definitely in schools, but also in the workplace, in everyday life, in universities and also in the health care system. Politicians are also called upon to send out the right signals and intensify their efforts to combat stigma and discrimination.

Why is the topic not a decided part of the curriculum? That is a good question, and one that must be put first and foremost to the ministries of education in the German states. All the more important are initiatives - such as ohhh! - that go directly into schools and educate students about the issue.

Your involvement with ohhh! is extremely important, inspiring, and motivating. You have the potential to be a driving force here and to bring the various players together. And as a healthcare company, we at MSD want to be the driving force and co-creator.

‍ohhh! foundation: What does U=U mean for people living with HIV? What are you doing at MSD to give the topic appropriate space?

Hans Mühlberger: From my point of view, it means: certainty. And that on several levels: First of all, U=U means that antiretroviral therapy works. And that one can live well with HIV, just as with many other chronic diseases, thanks to therapeutic progress. And at the same time it means certainty for the partner, since an infection with HIV is not possible.

The topic of U=U is therefore crucial for a normal and carefree life with HIV. That's why I think it's great that you are putting this topic at the center of your UpdateHIV campaign. And by the way, we at MSD do the same - for example in our internal campaigns around World AIDS Day.

And it is exactly in this sense that we at MSD would like to make our contribution continuously and with determination by promoting the topic of Diversity, Equity & Inclusion internally at all levels and in all facets, e.g. in addition to our business goals, we have also not only signed the declaration "working positively" (an initiative of the Deutsche AIDS Hilfe), but also fill it with life every day. And by working outward on this basis - for example supporting and carrying on your campaign on U=U and bringing sexual health in the broader context at Christopher Street Days or via our podcast into the middle of society.

And I think that's a central task for all of us, because: Most people can live well with the condition, but not with the prejudice, accusations, and blame. They no longer want to have to hide.

ohhh! foundation: In our Open Letter to the Director-General of the World Health Organization, we demand that renaming of HIV to end the stigma forever. What do you think of this demand?

Hans Mühlberger: It is important that we work together against stigma and discrimination: Politics, society, the media and also the business community.

Ohhh! is a very important shaper of this discussion worldwide. Your call is definitely thought-provoking. I think all ideas that help to draw political and social attention to the challenge of stigma and discrimination can be helpful to initiate an important public debate - a debate that is urgently overdue.

Hans Mühlberger: ...... the Federal Ministry of Health has a lot planned for the next few years: the reform of the Prevention Act, the development of a National Prevention Plan, the mid-term review of the 2030 Strategy, the establishment of nationwide health kiosks - use these important projects also to address the existing challenges in the field of HIV prevention, education and care. Because a lot remains to be done - even if Germany wants to achieve the UNAIDS 95/95 targets.

We thank Hans Mühlberger for his time and the very interesting interview.